The transition to circular economy is challenging, but it just has to be done 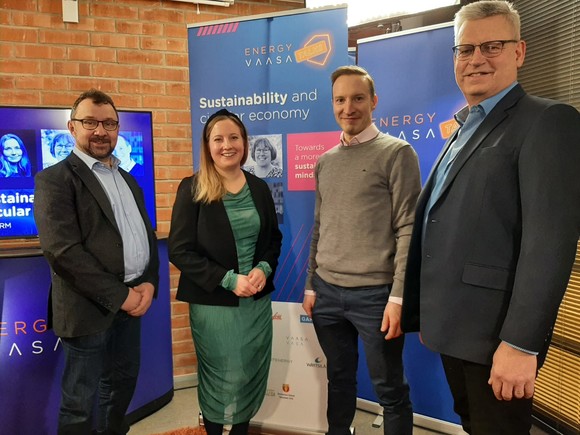 The EnergyVaasa Talks series of events started 26.1 when the CERM project organised a webinar on Sustainability and Circular Economy, which brought together 260 registrants and 170 listeners simultaneously.

Per Larshans, from RagnSells recalled that every company’s operation has an impact on the environment, and the transition to circular economy comes with its own risks. Still, companies need to make a long-term plan on a transition to circular economy, and not just trying to maximize the return. According to him, every company should sincerely reduce the use of virgin materials and not just push this debt to future generations. According to Larshans, small businesses can also aim for circular economy as long as they cooperate and consider new business models.

Niina Aagard from Nordic Innovation presented the Nordic Sustainable Business Transformation program, which supports Nordic companies in their transition to business models based on circular economy. According to Aagard, the circular economy is not only material management, but also techniques, technologies and processes as well as business, as the goal is both a more environmentally friendly but also an economically viable business. Thus, requirements are placed not only on the product but on the entire value chain and value creation process.

Anna-Maija Pajukallio from the Ministry of the Environment acknowledged that Finland's goal of being carbon neutral by 2035 is tough, but still realistic. The Ministry of the Environment has created a circular economy program for Finland, as it is needed in the fight against climate change, to prevent the loss of biodiversity and to achieve the set goals of sustainable development. A society based on circular economy assures welfare and resilience and strengthens the economy.

Kasper Larsen from the Danish company PurePrint presented how a company in the printing house business managed to change its regular business model to a circular economy. Larsen's advice to other companies was to select a few goals or to take on the worst problems at first and get started from there. It is not worth trying to steer everything towards a circular economy at the same time. He encouraged companies to find their own ambassadors who could talk about a new circular economy strategy for the company’s suppliers and customers. Larsen reminded that the circular economy is not one that will be taken until sometime later, when it is economically possible. “Switching to something new one is always difficult, but it just has to be done,” he stressed.

At the end of the webinar, Rasmus Hautala from the CERM project presented Ostrobothnia's own roadmap for circular economy, which will be published in February. Ostrobothnia has an extensive network and a real desire to succeed in this, and through the unique co-operation between actors in the region we will make it. Many customers and partners are already demanding carbon neutrality or recycling from companies, and many have begun to make changes. “However, the journey is long and not everything can be done at once. The Ostrobothnia circular economy roadmap guides companies on this journey,” Hautala assured. 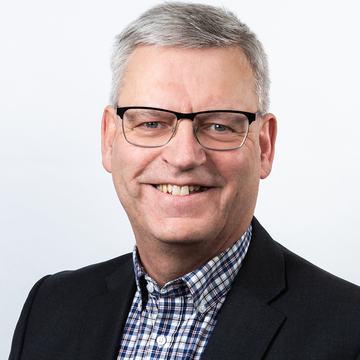