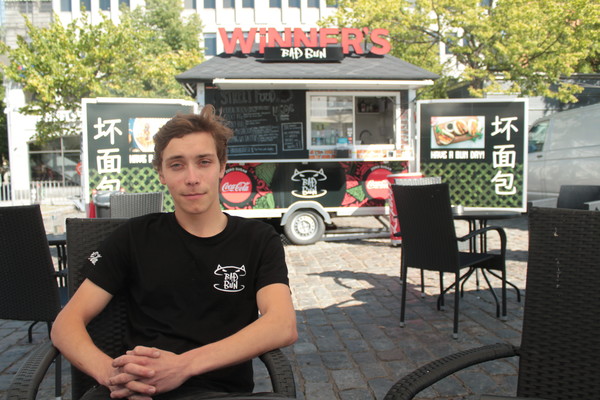 The entrepreneurs Benjamin Smith, Saku Railio and Tapani Hovi set up a street food truck called Bad Bun that operates at Vaasa market square. Instead of traditional sausage potatoes and hamburgers, the business focuses on bao buns, that is Asian steamed and filled buns. During the summer, the business has managed to attract several curious mouths as well as regular customers to the market square.

– When preparing the bao buns, we use authentic Asian style techniques as well as techniques from Finland and the United States, for example. We have wanted to keep it fairly simple with the ingredients, but they are still of high quality, explains Benjamin Smith, one of the business owners. 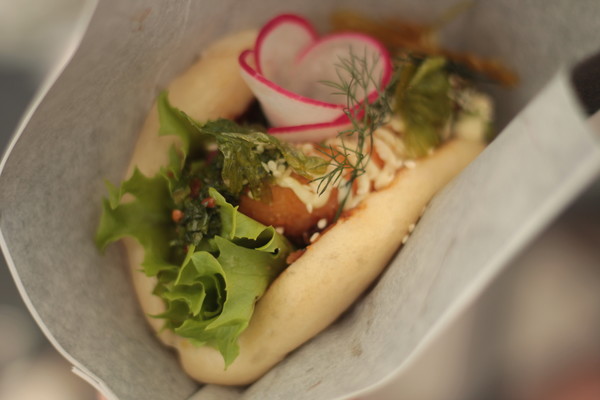 The entrepreneurs have their backgrounds in fine dining, which can be seen from the street food they planned. The trio had a specific vision, and they did not want to serve just some random street food. Instead, they wanted to invest in quality.

According to Smith, the name Bad Bun refers to the fact that the entrepreneurs want to challenge people’s thoughts on street food. They are the “bad boys” who are trying to do something new.

– It is part of our brand that we want to maintain a good and relaxed feeling, have fun and even joke around, but we still take our job very seriously.

Smith, who is originally from the United States, explained that the food truck culture has exploded in the last few years especially in the United States. According to Smith, you might even get the best food from street food trucks. Street food culture in Finland is still young, but in Smith’s opinion, it has a lot of potential.

How did all of this start, then? Smith stated that in the beginning, the idea was just a joke. However, the joke turned into a business, whose day-to-day operations are run by Smith. It is his first business in the restaurant industry.

– This has been a very good learning experience. Occasionally, the paperwork is pain, but the whole experience of opening a business has been very influential. It is a great feeling when you build something you can be proud of. This is just the beginning, though, Smith promises. 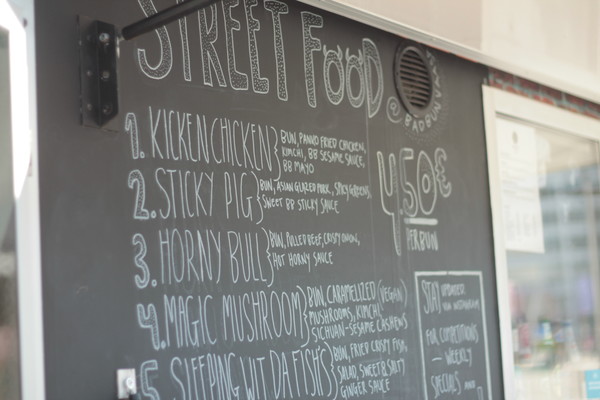 In addition to the permanent products, Bad Bun also has varying specials, such as the wagyu filled bao bun that was available earlier in the summer.

When the trio was planning to start this business, they turned to Enterprise Agency Startia. Smith also felt that the business plan tool Lissu provided by Startia was very useful.

– Business advisor Olav Nylund was of great help to us. We could bounce ideas off him, and he made us think of a lot of factors. If we had any questions, he was always open and willing to answer.

Nylund thinks that it is great that the entrepreneurs chose the market square as their location.

– They wanted to bring something new to the Vaasa market square, which is very positive. It is good to start from a location so central, if you want to develop and expand the operations – after all, Bad Bun has the possibilities for expanding as well. I wish them good luck for the future, Nylund smiles. 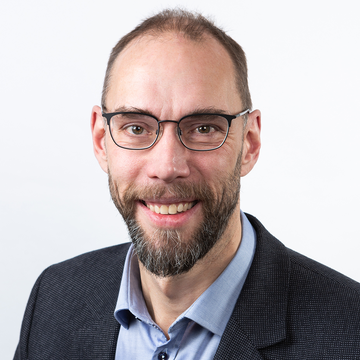 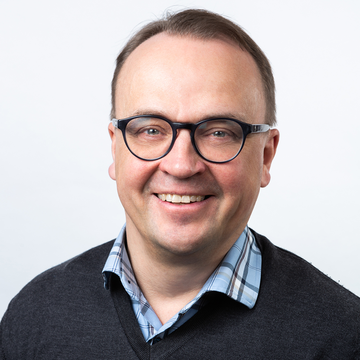